There is nothing nice about ticks, at all! They are blood sucking parasites! In the warmer months they are nearly unavoidable, but the more you know about them, the better off you and your pet will be. If you have a concern about a tick, feel free to contact our urgent care clinic – otherwise, read on!

Life cycle of a tick:

Ticks live up to two years and have three feeding stages: larva, nymph, and adult. 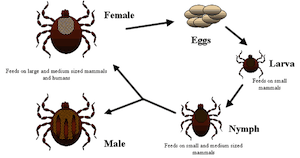 Eggs are laid in the spring, and in the summer they hatch into larvae that are teeny tiny. Towards the end of summer, the larva reaches its peak of activity, waiting for a suitable host (various small mammals and birds) to come by and attach. Once the larva has fed, it molts and transforms into a nymph in the fall, and then becomes active in the Spring through the summer. It typically waits on the end of grass blades for a host to brush by and it then attaches itself and feeds for four or five days, engorging itself with blood until it is several times its original size. After the engorged nymph detaches from the host, they morph into adult ticks which then feed on deer and large mammals.

What types of ticks are found in New England? 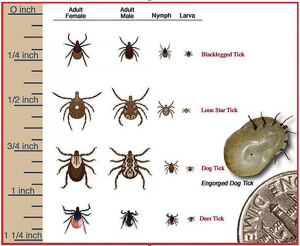 Deer ticks (aka Black-Legged ticks): Both nymph (young) and adult deer ticks will bite humans. Most cases of lyme disease are contracted when deer ticks are in the nymphal stage because they are difficult to detect due to their small size. The highest risk of being bitten by a deer tick is from May through July.

Lone Star tick: All stages can bite humans and animals. Active when temperatures are over 50°F with peak activity from May to August. These ticks are a little smaller than American dog ticks. Lone star ticks are known to transmit Rocky Mountain spotted fever, tularemia, and Ehrlichiosis.

Dog tick: In general, only the adult dog tick will bite humans and animals. The highest risk of being bitten by a dog tick occurs during the spring and summer seasons.  Adult dog ticks are about the size of a watermelon seed. Primary vector for Rocky Mountain spotted fever and capable of spreading tularemia.

What are some of the diseases that ticks carry:

Ticks attach themselves to animals and people, feed on blood, and if infected, can transmit diseases (ie-bacteria) directly into the host’s system. There are many tick -borne diseases found throughout the country, but the most common ones found in Massachusetts are Lyme disease, Canine Ehrlichiosis, and Canine Anaplasmosis.

Lyme disease is caused by a spirochete bacteria (Borrelia) carried by the Deer tick. The tick needs to attach to the host for 36-48 hours to transmit the disease. Signs of the illness can take months to show after being bitten. Lyme disease can cause joint inflammation which results in lameness. Sometimes the lameness lasts for a few days but may recur a few weeks later, either in the same leg or in other legs. This is known as “shifting-leg lameness”. Other signs are swollen/painful joints, fever, and lethargy. If Lyme disease goes untreated it can lead to kidney failure.

Canine Ehrlichiosis is a rickettsia infection caused by the organisms Ehrlichia canis and Ehrlichia lewinii. These bacteria are spread by the brown dog tick and the Lone Star tick, respectively. Rickettsiae are a type of bacteria that inhabit the body’s white blood cells. Symptoms start around 1-3 weeks after a bite from an infected tick. Your dog may show signs of enlarged lymph nodes, weakness, lethargy, depression, lack of appetite, difficulty breathing, and limb edema.

It is important to note that not all infection cause clinical signs (sickness). There is a chance your pet has had a tick borne disease without you realizing it!

How are tick borne diseases diagnosed?

Tick diseases are typically diagnosed by a simple blood test that most veterinary clinics carry in house. These tests diagnose previous exposure to these diseases, meaning, if your animal tests positive it does not necessarily mean that they are having an active infection. Your veterinarian will assess the whole clinical picture including if your pet is symptomatic before deciding to treat your pet. In some cases, additional tests looking for an active infection may be recommended.

How are tick-borne diseases treated?

If your veterinarian has diagnosed your pet with a tick-borne disease, they will usually prescribe an antibiotic for 2-4 weeks. In more severe cases your pet may need to be hospitalized for more care. In general, your pet’s prognosis is good if they are treated appropriately in a timely manner.

What is the best way to prevent a tick-borne disease?

Speak to your veterinarian about what preventative is best for your pet. Preventative medications come in many forms such as topical,  oral , or collars. Some forms of preventatives last for months. In addition to keeping your pet on preventatives, it is recommended that you check your pets for ticks daily, especially after they spend time outdoors. If you find a tick on your pet, remove it right away. You can reduce tick habitat in your yard by keeping grasses short. 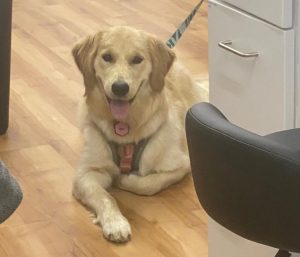 How to Keep Your Pet Entertained During Winter

Humans aren’t the only ones who suffer from being cooped up inside during the winter months. Your canine companion may be feeling the boredom as 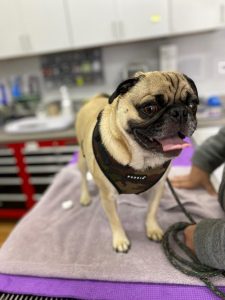 Signs Your Pet is Having an Allergic Reaction

So you think your dog, cat, or other pet might be having an allergic reaction? How can you tell? There are different types of allergies 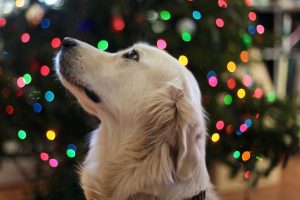 Pet Safety Tips for the Holidays

The holiday season is a magical time for celebration and family, and we all love to include our pets in this experience. But as the 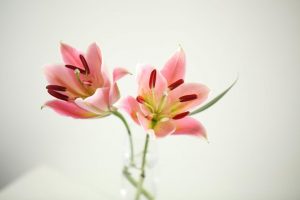 Which House Plants Pose the Greatest Threats to Your Dog or Cat?

Anyone who’s owned a dog or cat can attest to the fact that our pets also love plants–in fact, they’re often just as interested in 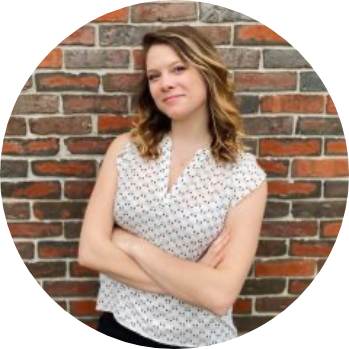 Angelika started her animal health career in 2014 when she attended the University of Maine Augusta, Bangor campus, for Veterinary Technology. She graduated in early 2018 and became a Certified Veterinary Technician later that year. Her internship, and first veterinary field job, was at the MSPCA Angell in Boston, where she discovered her interest in emergency medicine. Throughout the years, she has continued to advance her knowledge in the field of emergency medicine, but also in cultivating relationships with patients and clients alike to offer the best quality care. Outside of work she likes hanging out with her cat, Mew, spending time outdoors, watching game shows, and photography.